© Licensed to London News Pictures. 13/04/2013. Ruislip, UK An ambulance man with breathing apparatus enters the house. Police and ambulance crews at the scene where a woman and two children have been found dead at a house in Ruislip, West London. Police were called by London Ambulance Service at approx 1840 hrs on Friday 12 April to reports of a woman and two children found deceased at an address in Midcroft Road. Photo credit : Stephen Simpson/LNP 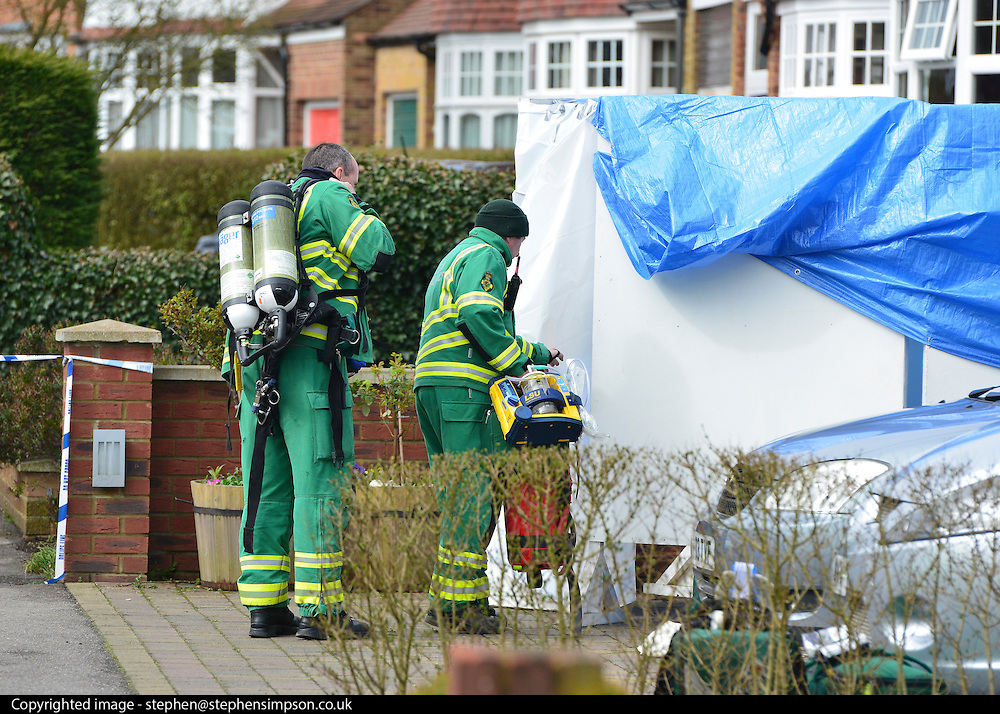