© Licensed to London News Pictures. 18,03,2018. Surbiton, UK.
Families enjoy riding Penny Farthings in the snow in Surbiton today 18 March 2018. Locals were taking part in a project celebrating the Penny Farthing’s maker, one time Surbiton resident and carpenter's apprentice John Keen, who became one of the most important pioneering figures in cycling history. He quit his carpentry career and dedicated himself to becoming the undisputed "boneshaker" racing champion of Britain. He could ride half a mile in 2 min 45 secs. Keen realised the "boneshaker" was heavy and cumbersome in design and went on to build something better - the "ordinary bicycle" - which later became known at the "penny farthing" Known as Happy Jack, Keen raced until he was 36, but his health failed and he faded into obscurity. He died in 1902. Photo credit: Stephen Simpson/LNP 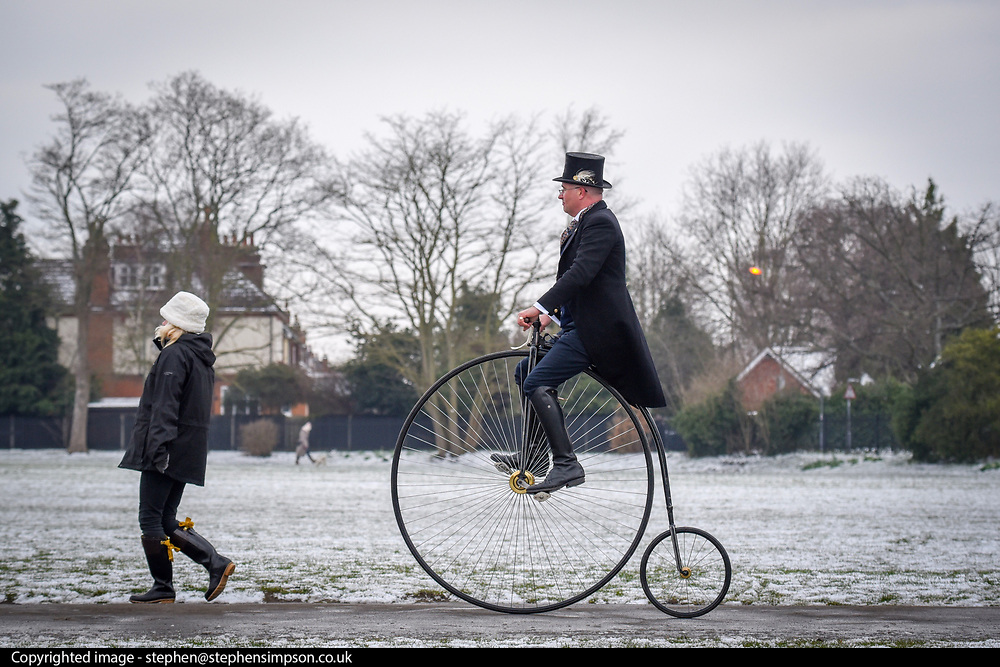