© under license to London News Pictures. 11/05/10. Gordon Brown and his wife Sarah inform the assembled media that he is to go to Buckingham Palace to offer Queen Elizabeth II his resignation as Prime Minister of Britatin. British Prime Minister Gordon Brown has resigned his position and David Cameron has become the new British Prime Minister on May 11, 2010. The Conservative and Liberal Democrats are to form a coalition government after five days of negotiation. Photo credit should read Stephen Simpson/LNP 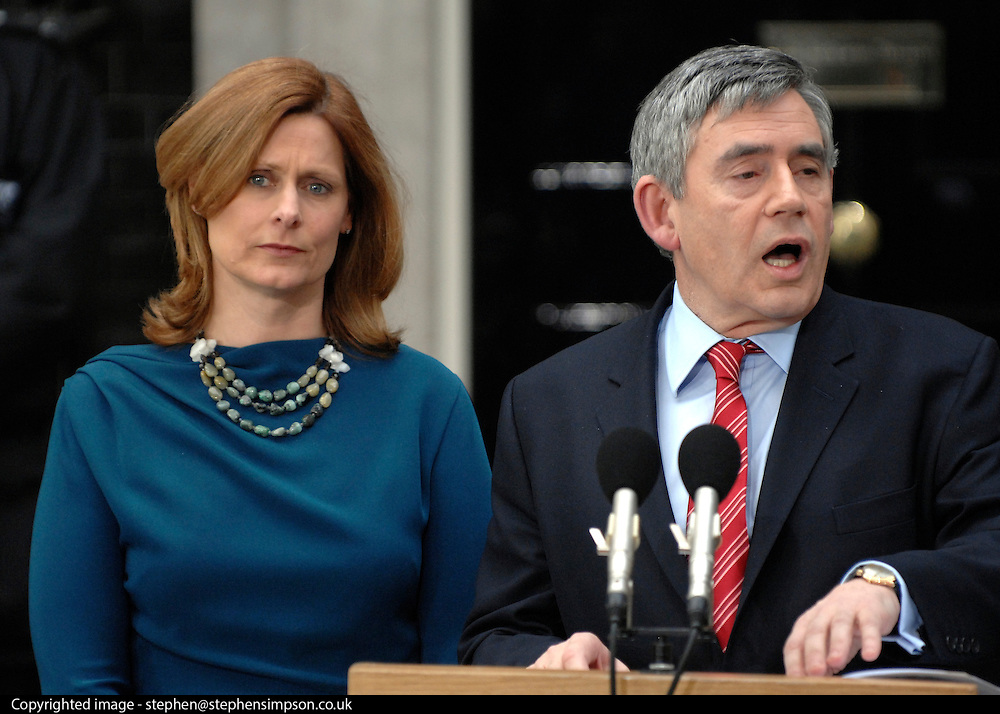