© Licensed to London News Pictures. 14/11/2014. Leatherhead, UK M25 section in Surrey collapses following roadworks
M25. The pothole appeared on the M25 in the early hours of 14th November 2014. Three lanes of the M25 in Surrey have been closed after a section collapsed and left a large pothole, following overnight roadworks. Surrey Police said many vehicles had been left with damaged tyres after the road surface near Leatherhead fell in during heavy rain at about 05:30 GMT.. Photo credit : Stephen Simpson/LNP 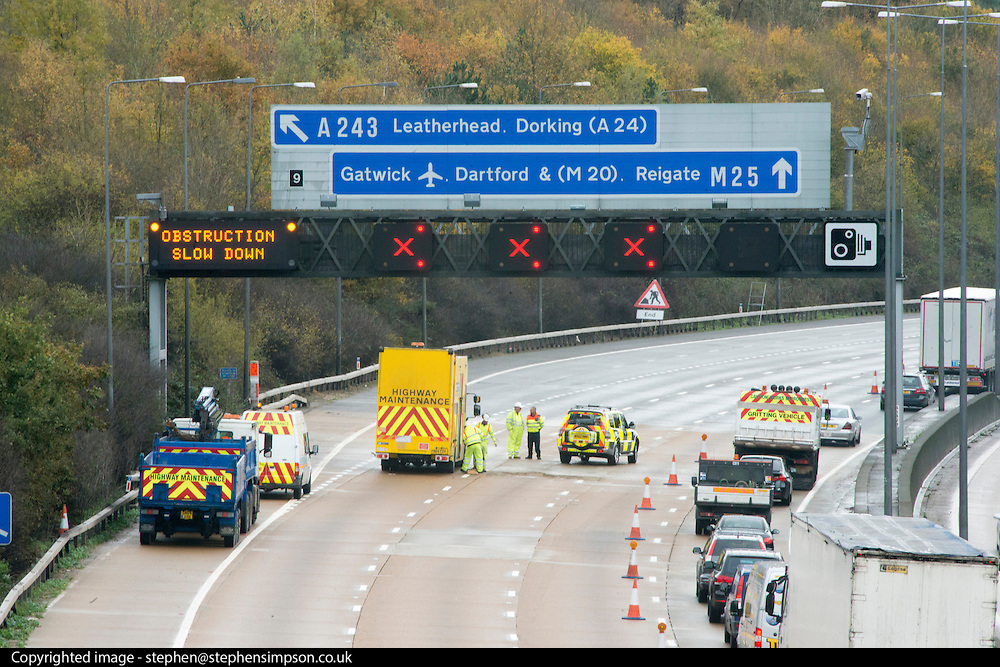