©London News pictures...31.01.2011. David Hockney's Hotel L'Arbois, Sainte-Maxime of 1968 is expected to fetch 1-2million. Highlights of upcoming Sotheby's sales of impressionist and modern art and contemporary art. Works on show include a Picasso portrait of his mistress and muse Marie-Therese, from 1932 which is estimated to fetch £12 to £18 million, a private commission by Marc Chagall - never before seen on the market - estimated to fetch in excess of £10m and a Hockney painting estimated at £1 to £1.5m. . Picture Credit should read Stephen Simpson/LNP 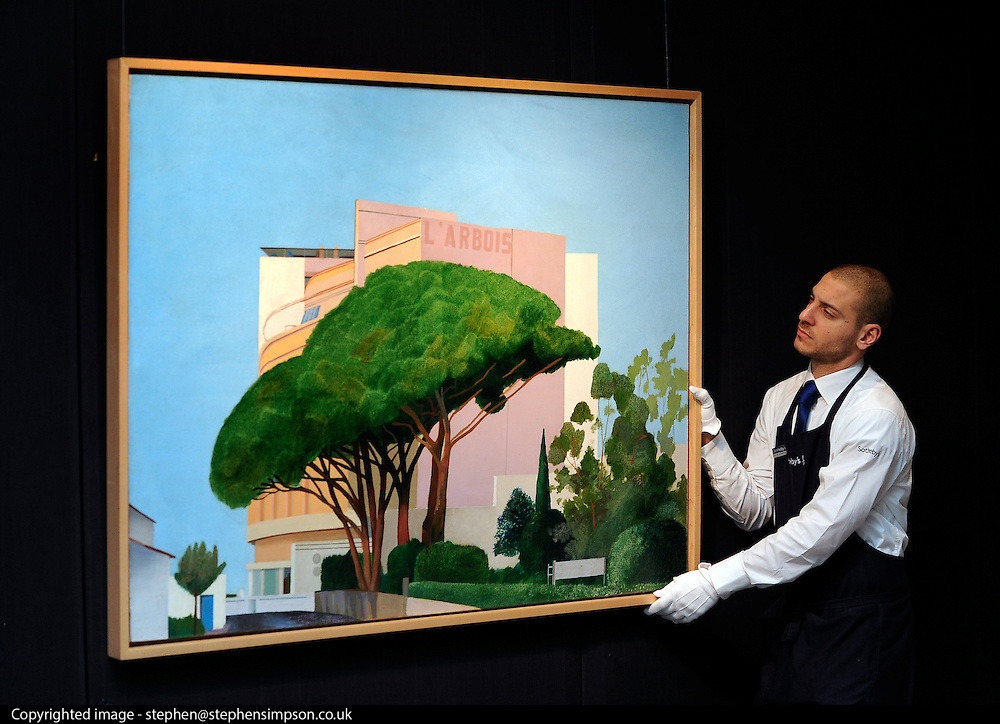