London News pictures. 24.02.2011. Sachk Shailes (correct) a Chelsea Pensioner meets one of Battersea Dog and Cats Home's smallest residents, Betty the Chihuahua. Starting in March, the Chelsea Pensioners will become well acquainted with the dogs and cats at the charity at Battersea Dogs and Cats home, when Battersea walks its dogs across the Thames River to spend time at the Royal Hospital. In turn, the charity will invite the veteran British Army soldiers in to interact with the many animals it takes in every year. Picture Credit should read Stephen Simpson/LNP 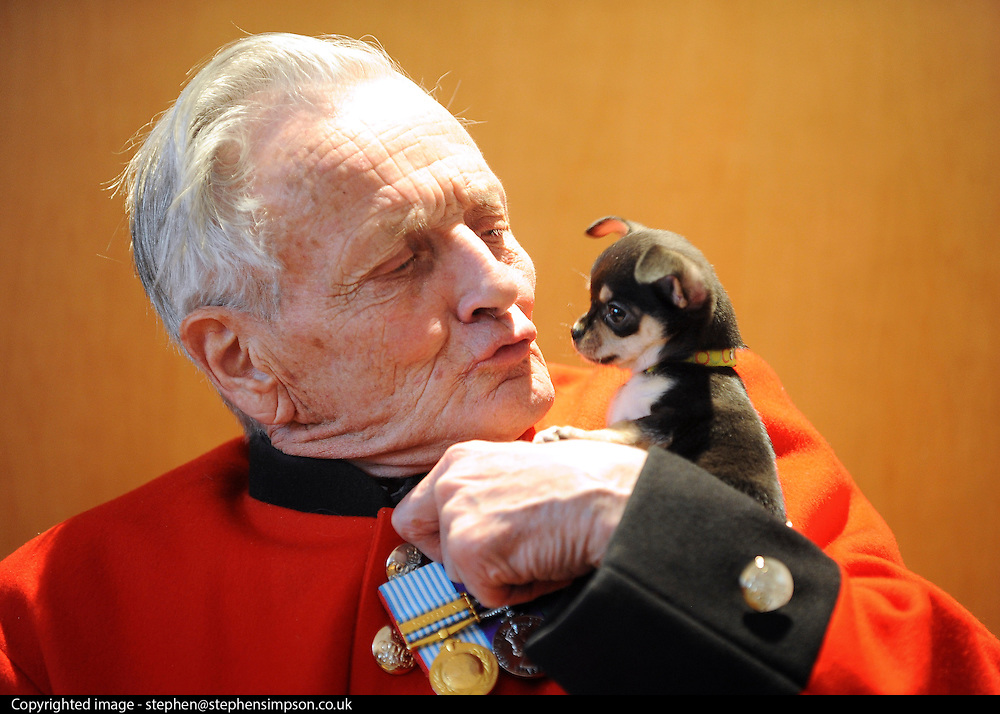