Â© Licensed to London News Pictures. 11/02/2014. Laleham, UK. Boats along the Thames are becoming loose from their moorings. Boat owners have been told not to try and secure them as it is dangerous. Here one lies near to sandbags lain down by the military last night. Flooding in LALEHAM in Surrey today 11th February 2014 after the River Thames burst its banks. The Environment Agency has issued 14 Severe Flood Warnings alone the Thames. Photo credit : Stephen Simpson/LNP 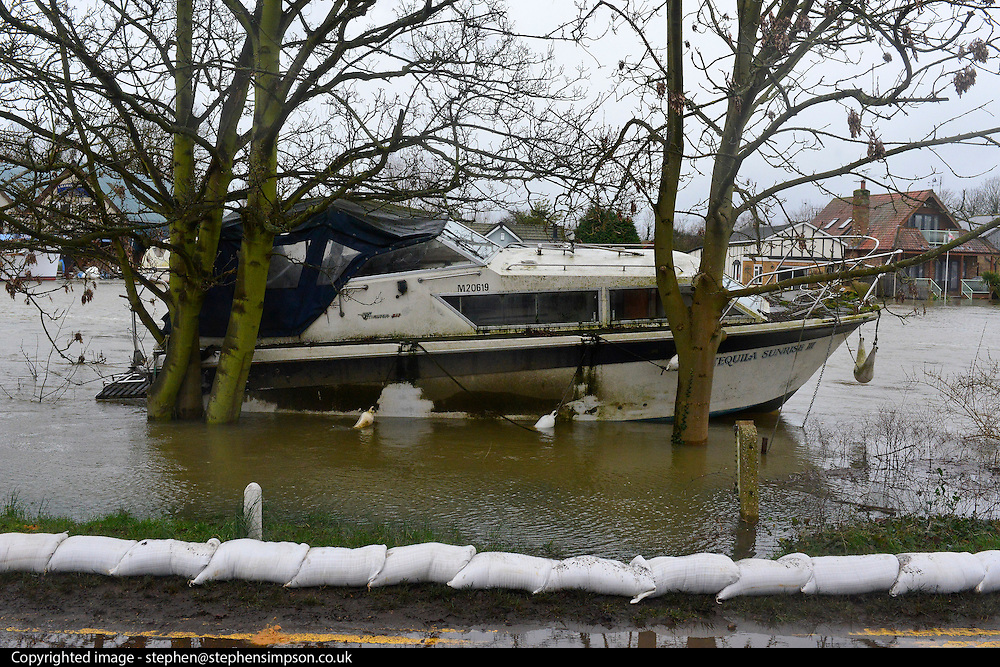