© licensed to London News Pictures. LONDON, UK. 29/06/11. Spectators at the 162nd Henley Royal Regatta today (29 June 2011).  World and Olympic champions are amongst the 302 crews competing in 294 races over the next five days. Henley Royal Regatta was first held in 1839 and has been held annually ever since, except during the two World Wars. Originally staged by the Mayor and people of Henley as a public attraction with a fair and other amusements, the emphasis rapidly changed so that competitive amateur rowing became its main purpose.Henley Royal Regatta 2011 is being held from Wednesday 29th June to Sunday 3rd July.. Mandatory Credit Stephen Simpson/LNP 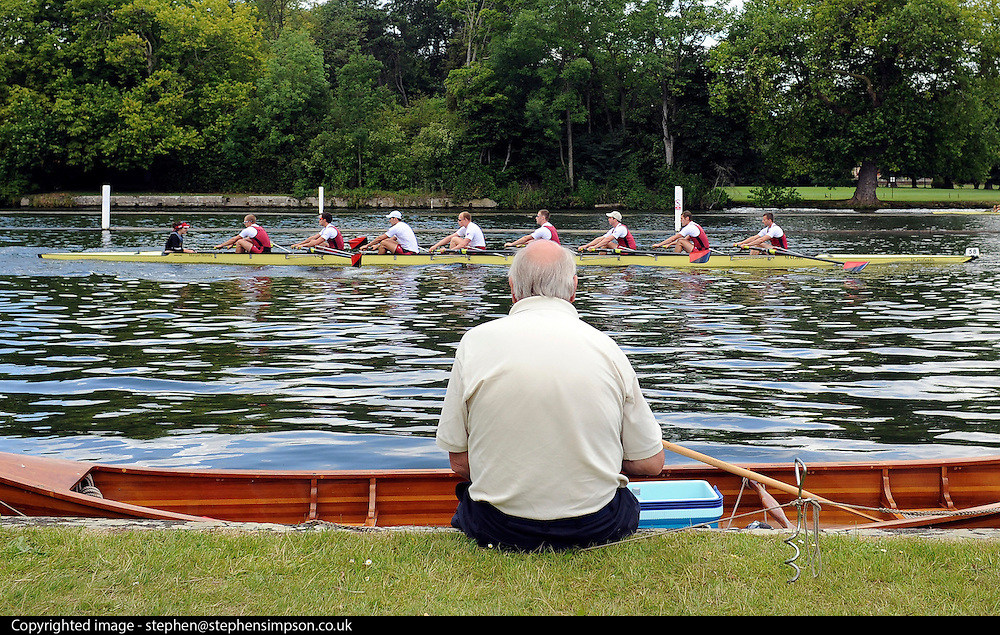