© Licensed to London News Pictures. 23/10/2014. Guildford, UK. Michael Tooke changes the time on one of the smallest clocks on the premises, a miniature French porcelain panel carriage clock from 1880 made by Drocourt. . As British Summer Time comes to an end, staff at Horological Workshops start the task of changing the 100's of clocks at their store in Guildford, Surrey, UK. Michael Tooke who has owned the store for over 40 years and worked in the clock business all his life said. "at this time of year we get a lot of people who bring clocks in for repair after they have changed the time incorrectly by winding back the hands manually". Clocks change on Sunday morning 26th October. Photo credit : Stephen Simpson/LNP 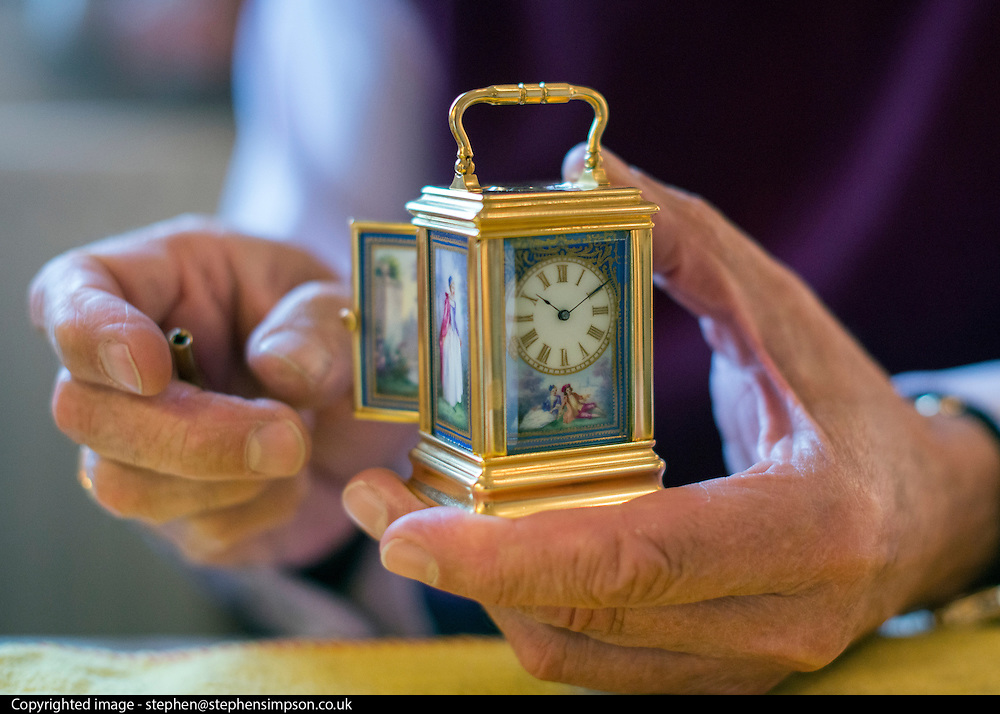