© Licensed to London News Pictures. 25/06/2014. London, UK. NICK CLEGG (L) MICHAEL GOVE (R) stand back to back whilst talking to winners and judges. The Deputy Prime Minister hosts an awards ceremony on Wednesday 25 June for schools from across the country who have won this year’s Pupil Premium Awards. The awards are for schools that have shown that they can use the extra funding for pupils from disadvantaged backgrounds to narrow the attainment gap between them and their peers. Every region has a primary and secondary school winner, and a number of special schools are recognised for their achievement. The three overall national winners will also be announced at the event.. Photo credit : Stephen Simpson/LNP 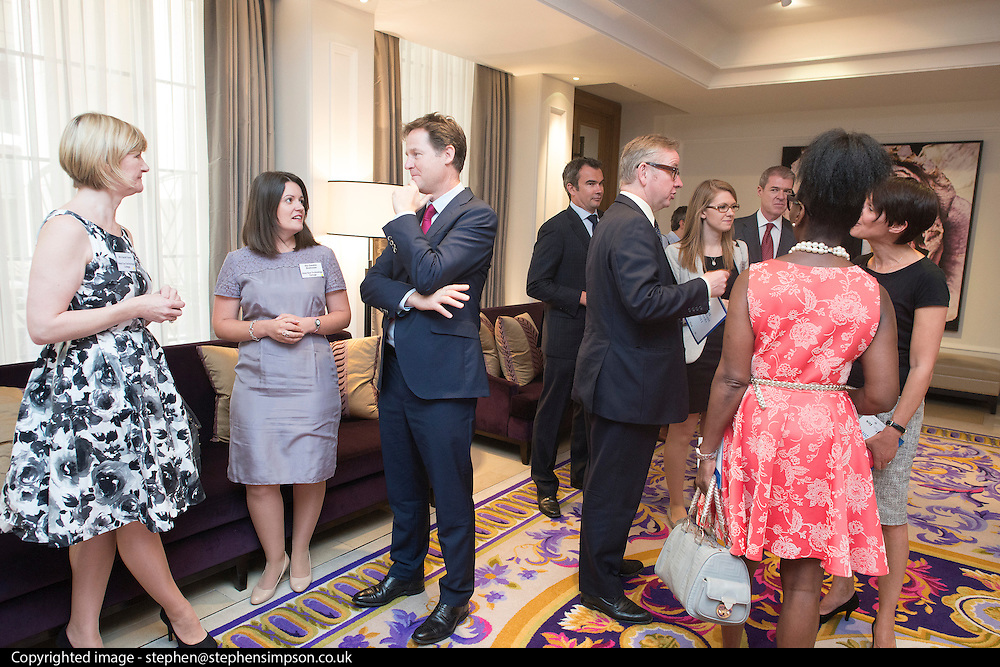