© Licensed to London News Pictures. 28/03/2013. Westminster, UK. (Left - right) Adrian Thornber, Ann Thornber, Jane Lawton, Nick Lawton. Two families, whose 17-years-old sons both committed suicide after being arrested, have joined forces to deliver a petition to Downing Street calling for the law to be changed to protect all children in custody. Nick and Jane Lawton's son Joe took his own life just two days after being arrested for failing a breath test. Adrian and Ann Thornber lost their son Edward after he was wrongly sent a letter to attend court instead of a warning after being caught with 50p worth of cannabis. In both cases the parents had not been informed of the arrest.. Photo credit : Stephen Simpson/LNP 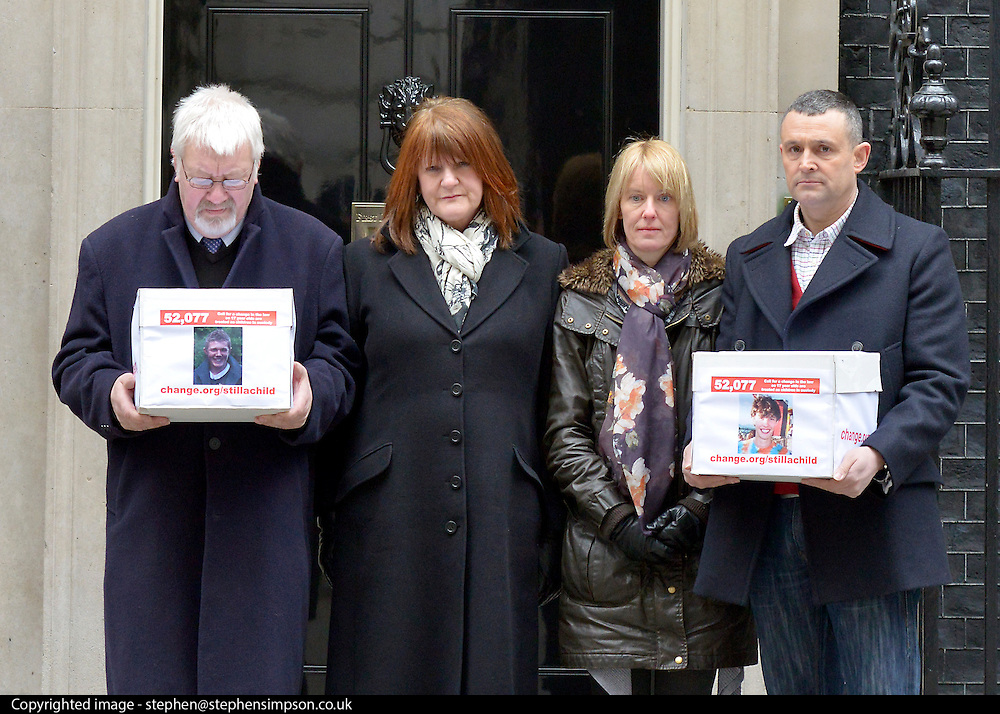