© Licensed to London News Pictures. 08/10/2014. Richmond, UK. Paper poppies in the manufacturing process. The Mayor of London, Boris Johnson, and Zac Goldsmith MP tour ‘The Poppy Factory’ in Richmond, Surrey, today 9th October 2014. Melanie Waters, the Chief Executive, briefed the Mayor and Zac Goldsmith on The Poppy Factory’s ‘Getting You Back to Work’ initiative. To date, The Poppy Factory has supported nearly 500 wounded, injured or sick ex-service men and women back into the workplace through this new, nationwide initiative, through connections with commercial organisations like Transport for London. The goal is to help over 1,000 veterans by 2018. Employees at The Poppy Factory have made some 13 million poppies, 950,000 thousand remembrance crosses and 96,000 wreaths for The Royal British Legion Remembrance events in November. The Annual Field of Remembrance at Westminster Abbey is also planned and delivered by The Poppy Factory. Photo credit : Stephen Simpson/LNP 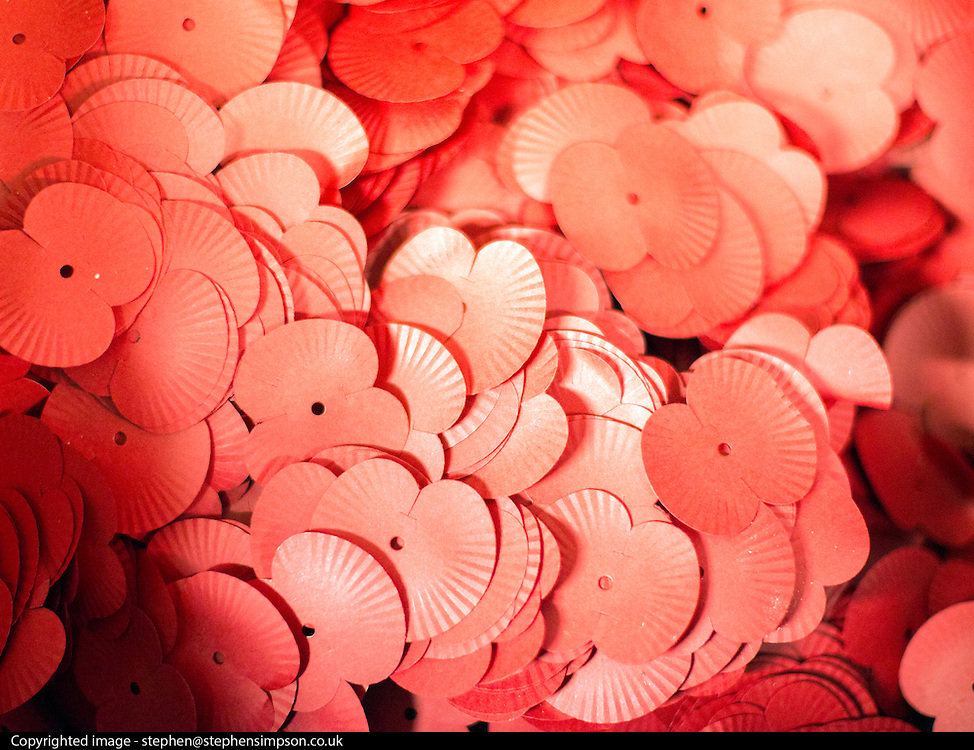