©London News pictures. 30/03/2011. The driver of the diesel shunter carefully moves the locomotive. The King Edward II steam locomotive is moved from her protective shed at the Railway Centre in Oxfordshire, England, on 30th March 2011, ahead of her public unveiling this weekend. A small group of volunteer workers met every two weeks and completed the restoration of the engine, once destined for the scrap heap, after 20 years. King Edward II is a Great Western Railway (GWR) heavy express steam locomotive, one of only three surviving members of this class of locomotive. King Edward II performed over 1,500,000 miles of service pulling trains between London Paddington and the West of England, and also in latter years between Paddington and South Wales or Wolverhampton. Introduced in the 1920s for taking express trains over the steep gradients (banks) of South Devon, the Kings were withdrawn in the early 1960s as diesel locomotives replaced them. 6023 spent many years rotting at Barry Scrapyard, and had her rear driving wheels cut through with an oxy-acetylene torch after a shunting accident. . Picture credit should read Stephen Simpson/LNP 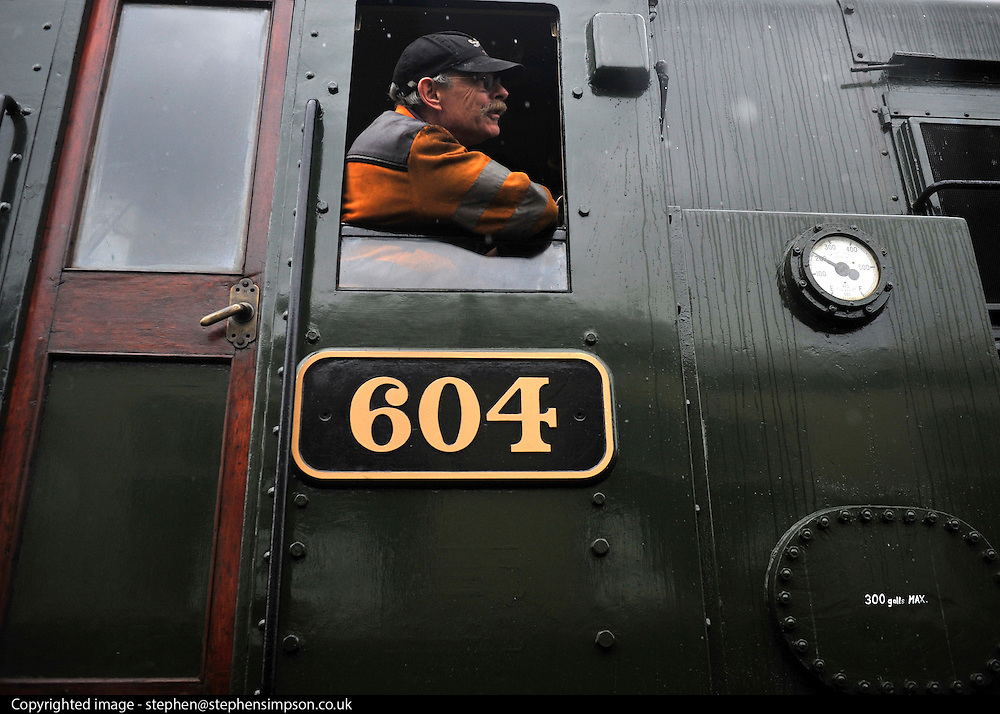