© Licensed to London News Pictures. 20/02/2013. Blackmoor, UK. A storage building on Lord Selborne's Blackmoor Estate. Two farm workers have died in a fruit packhouse on a Tory peer's country estate in Hampshire. The two men, Scott Cain, 23, and Ashley Clarke, 24, were found unconscious on Monday afternoon in the apple store at the Blackmoor Estate in Blackmoor, near Liss, which is owned by Lord Selborne..Members of staff as well as the emergency services attempted to resuscitate the two men but were unsuccessful. A spokeswoman for North Hampshire Coroner Andrew Bradley said that the store room used nitrogen to cool the fruit but a cause of death was not yet known.. Photo credit : Stephen Simpson/LNP 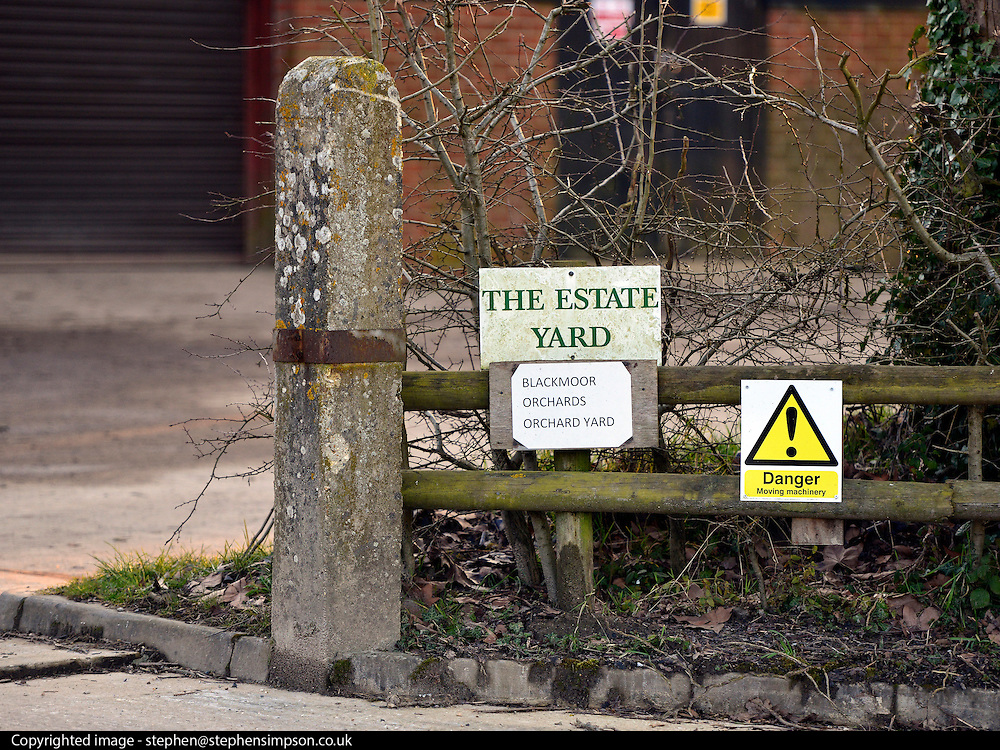