LONDON. UK. The Prime Minister David Cameron lays a wreath on the Cenotaph in Whitehall on behalf of the nation to remember those that gave their lives in WWII. HRH Prince Charles and Duchess of Cornwall attend the 65th Anniversary of Japan's WWII surrender. Today marks VJ day, the anniversary of Japan's surrender to allied forces and the end of the Second World War in 1945. The Allies had delivered Japan an ultimatum to surrender on 28 July 1945. However, this was ignored and the US then dropped atomic bombs on Hiroshima on 6 August and on Nagasaki on 9 August. While 15 August is celebrated as the day of the surrender, the Japanese administration under General Koiso Kuniaki officially did not deliver the signed surrender document until 2 September, which is also known as VJ Day.15 August 2010. STEPHEN SIMPSON.. 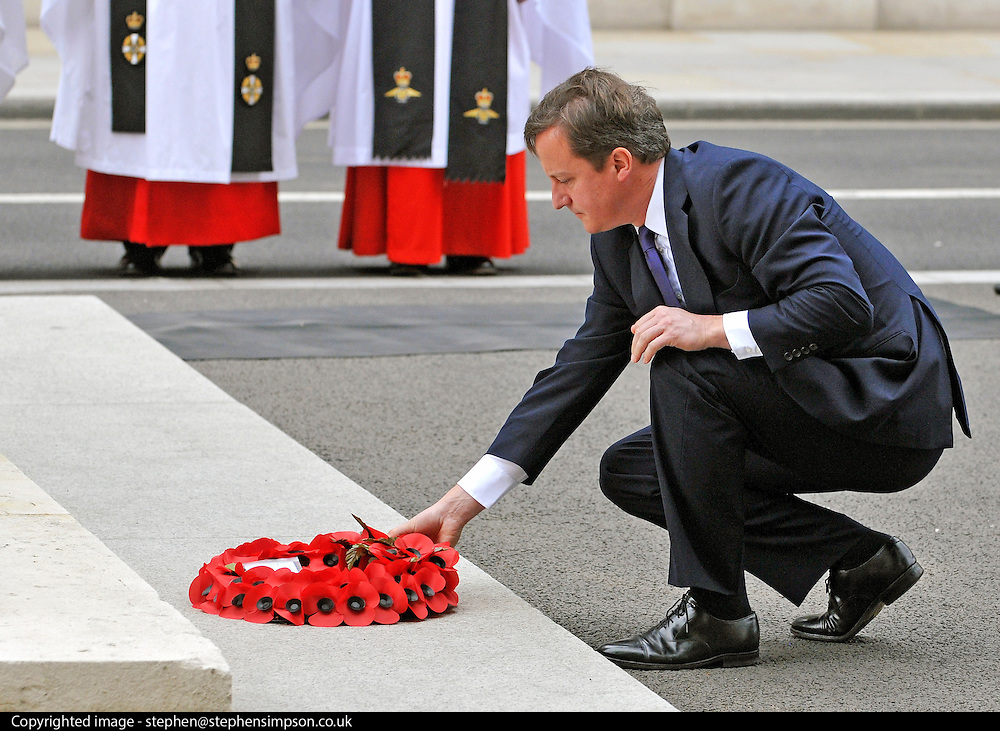