Â© Licensed to London News Pictures. 07/11/2011. Richmond, UK. Terry Nutbeam, who has worked at the factory for 22 years, operates a machine that cuts the red petals for the poppies. Red Poppies being made in The Poppy Factory in preparation for sale in 2012, Richmond, Surrey today 7th November. The factory has been supplying the poppy, crosses and wreathes to the British Legion for almost 90 years. It is staffed by veterans, many whom of which are injured, sick or wounded of all ages. Photo credit : Stephen Simpson/LNP 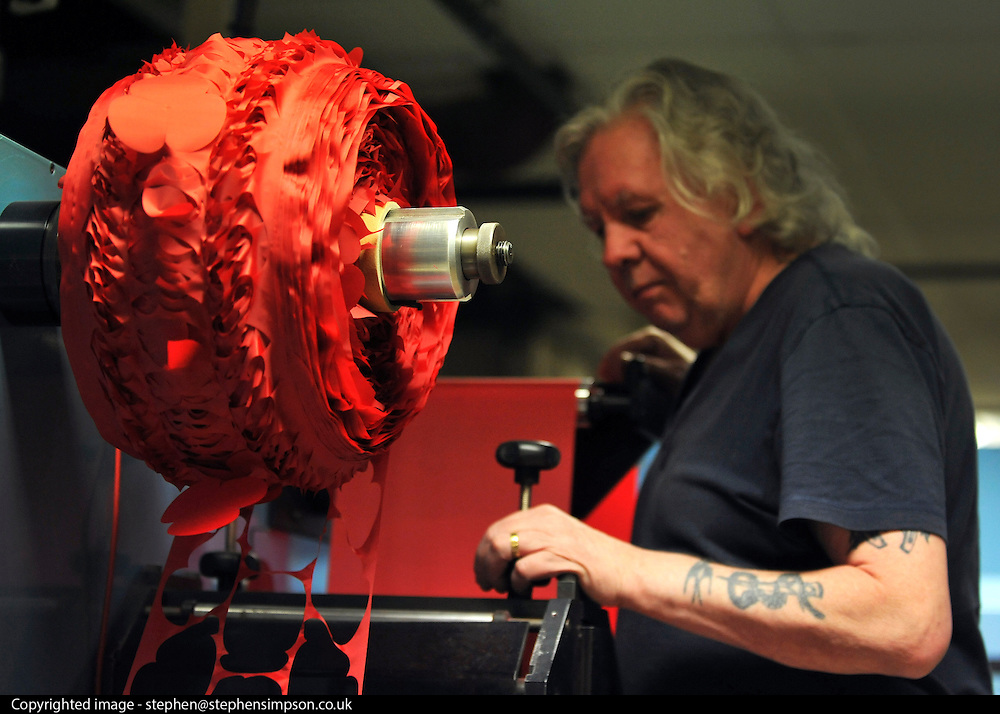