UK - LONDON A woman walks though the memorial carrying flowers as an unofficial ceremony is held in Hyde Park to mark the fifth anniversary of the 7 July bombings in the capital. Survivors and families of those who lost their lives in the terror attacks laid down flowers by 52 steel pillars which represent those killed.
A wreath was laid in the name of Prime Minister David Cameron as a one-minute silence was held at midday. 07 July 2010. STEPHEN SIMPSON 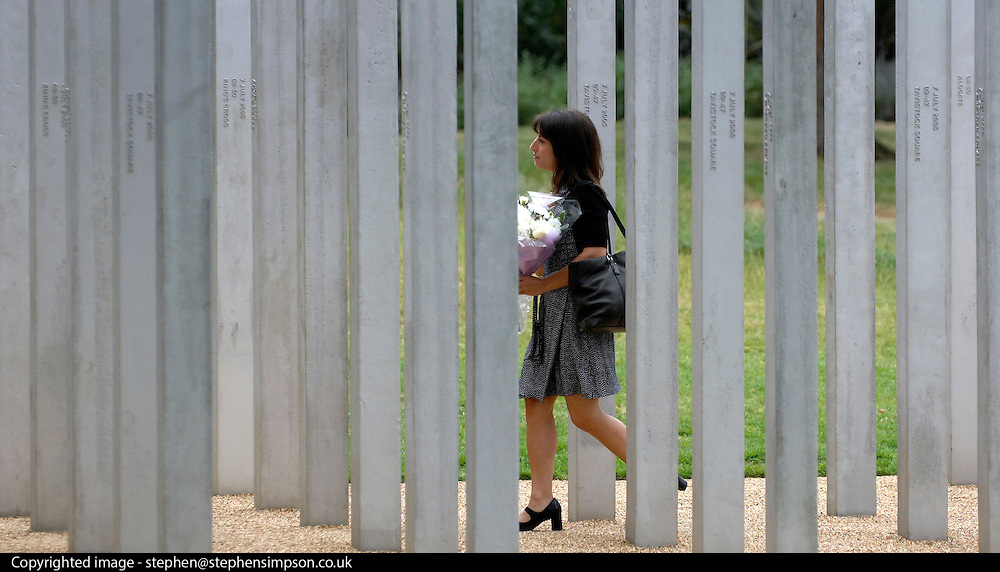