© Licensed to London News Pictures. 26/06/2014. London, UK The Deputy Prime Minister, NICK CLEGG (R), accompanied by ALISTAIR CARMICHAEL (L) the Secretary of State for Scotland visit F Company, part of the Scots Guards, at Wellington Barracks in London on Thursday 26 June to mark Armed Forces Day 2014. On the visit, they met the Guardmen in their line up, saw a weapons test and chatted to them as they prepared their kit ahead of going on exercise, They also saw Guardsmen preparing for the ceremonial side of their duties as The Queen’s Guards.. Photo credit : Stephen Simpson/LNP 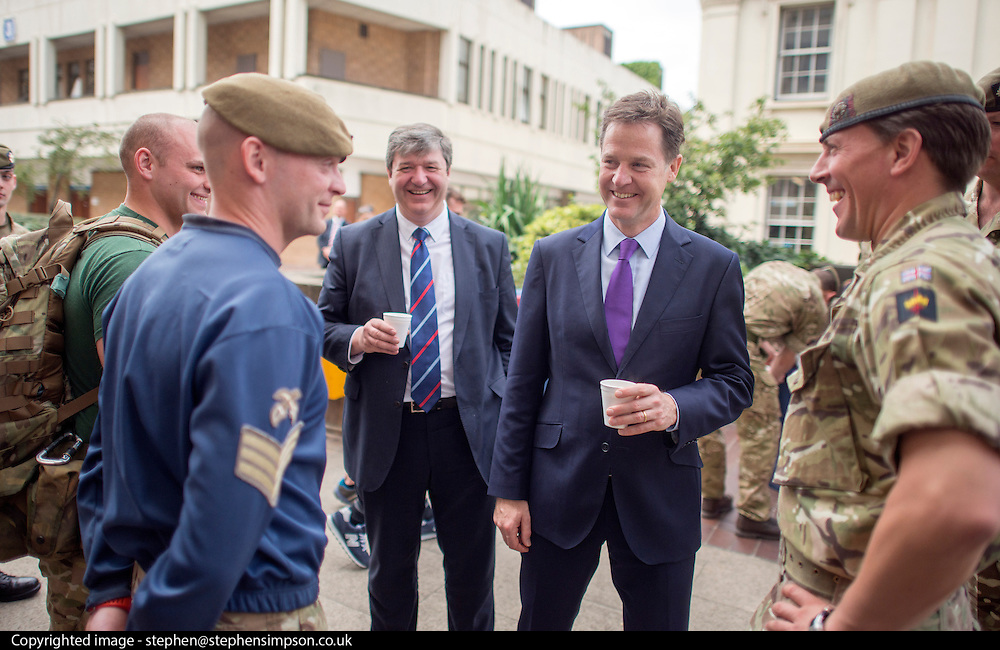