© Licensed to London News Pictures. 24/05/2013. London, UK Nick Clegg is handed books a the meeting by a member of the audience. one of the books was titled "FATWA on Terrorism and Suicide Bombings ". Nick Clegg, Liberal Democrat MP and Deputy Prime Minister, attends a multi faith gathering with the local multi faith community at the Hugh Cubitt Peabody Centre in Islington London today 24th May 2013. After meeting privately with political and faith leaders he and they made speeches in response to the attack and death of Drummer Lee Rigby in Woolwich, calling for the community to unite against the attack. Photo credit : Stephen Simpson/LNP 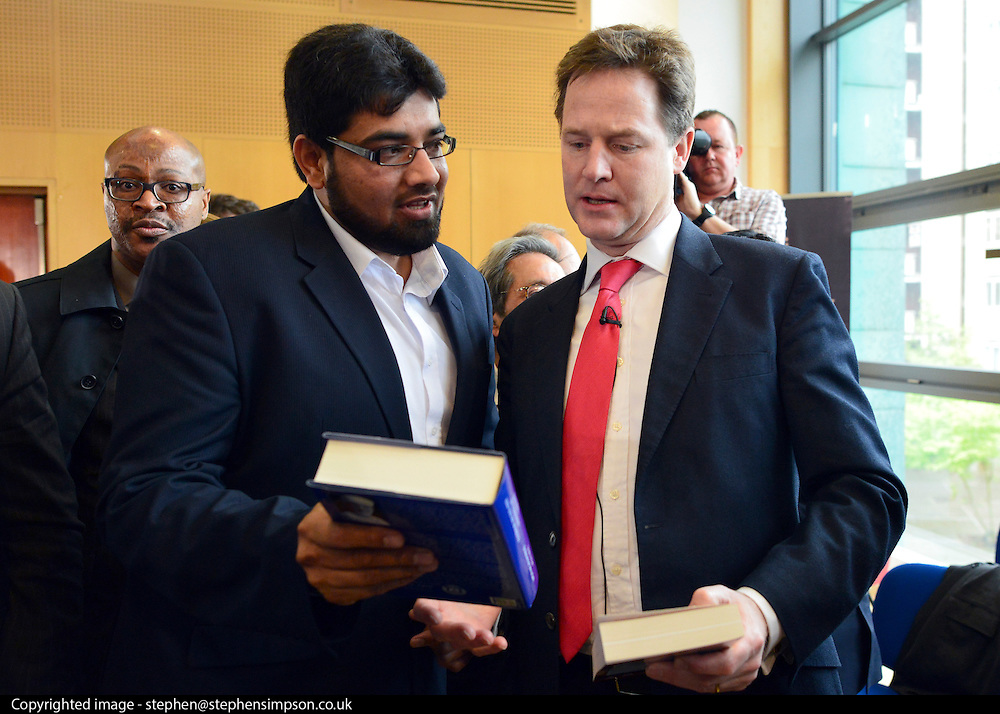