Â© Licensed to London News Pictures. 25/11/2011, London, UK. A Bonhams worker hangs One of Andy Warhol's Single Dollar prints valued at 15,000 - 20,000 GBP. Preview of Bonhams print sale today 25 November 2011. âSingle dollarâ works by Andy Warhol feature in Bonhams' print sale which is being hung for viewing. The signed prints, estimated at between Â£15,000- 20,000, represent the link Warhol often made between art and money, underlined by the high prices paid for them by collectors at the time and ever since. Photo credit : Stephen Simpson/LNP 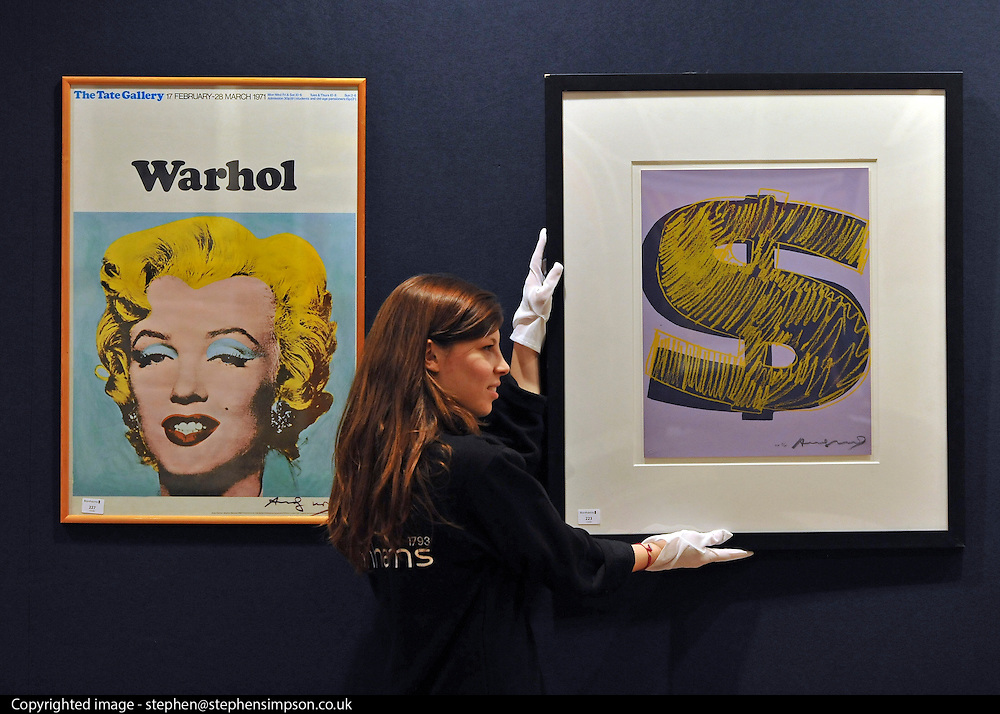