The Troops marched up the High Street cheered by thousands who had come to watch. Shops stopped trading and staff came out on to the streets. Cheering and applause could be heard...Residents and visitors to Guildford will have the chance to welcome home troops from the 1st Battalion Princess of Wales's Royal Regiment next week when they march through the town centre following their return from Iraq and Afghanistan...The Homecoming Parade, organised by Guildford Borough Council, will take place on Wednesday 15 July. Around 200 soldiers from the local Regiment, also known as 'The Tigers', will set off from Millmead and parade through Guildford with the Kohima Band of the 3rd Battalion. The Mayor of Guildford will host a reception at Holy Trinity Church for the troops, veterans and cadets... Says Mayor of Guildford, Cllr Pauline Searle: "Guildford warmly welcomes the 1st Battalion Princess of Wales's Royal Regiment home. The Regiment has been historically associated with Guildford for many years and the troops are now in a position to exercise the Freedom of the Borough transferred to them in 1992. We hope as many people as possible will come along to watch the parade and celebrate this special occasion"... Queen's Royal Surrey Regiment veteran Kenneth Honeyman, 93, adds: "As a younger man I always attended the 5th Queen's Members' Association Open Days and marched through Guildford. The parade will give me the opportunity to meet up with the few surviving old members and pay tribute to the soldiers who serve our country today"...The salute will be taken by Guildford born and bred Colonel Patrick Crowley, the Vice-Lord Lieutenant Gordon Lee-Steere DL, and the mayor. Two soldiers will be presented with medals by the mayor during the parade. Private Bill Maguire, 18, from Guildford, who has served with the Battalion for two years will be awarded an operational tour medal for service in Iraq. Following six years' service with the Battalion, Lance Corporal Ky 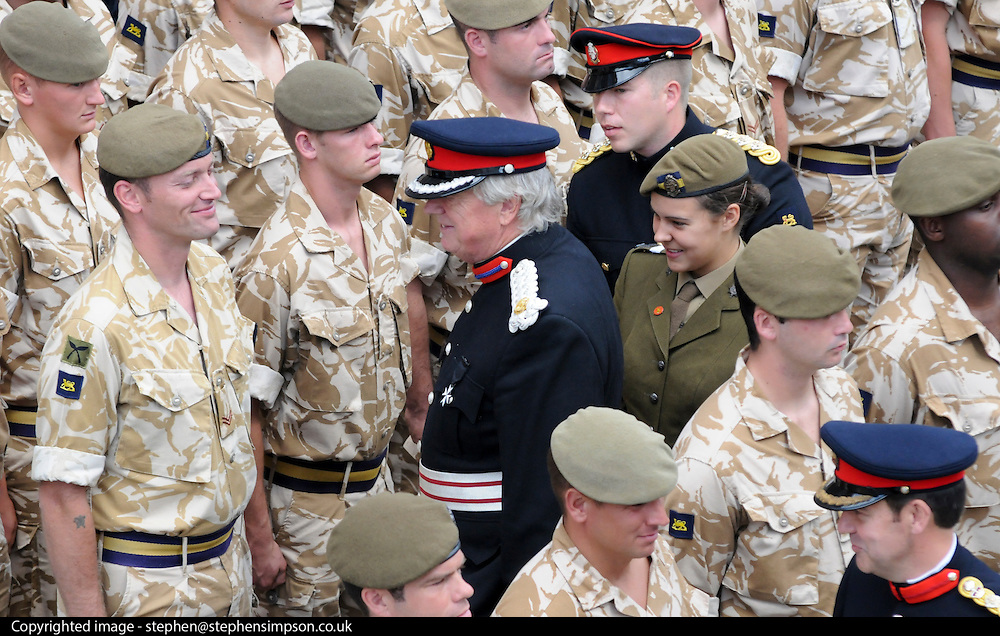