© Licensed to London News Pictures. 04/06/2014. Westminster, UK. People watching the parade were caught out by rain showers. Queen Elizabeth II being driven down The Mall in the new Diamond Jubilee State Coach to attend the State Opening of Parliament on June 4th 2014 in London. In a speech to Members of Parliament and Peers in The House of Lords, Queen Elizabeth II will officially open a new session of parliament, which will set out the government's agenda and legislation for the coming year.. Photo credit : Stephen Simpson/LNP 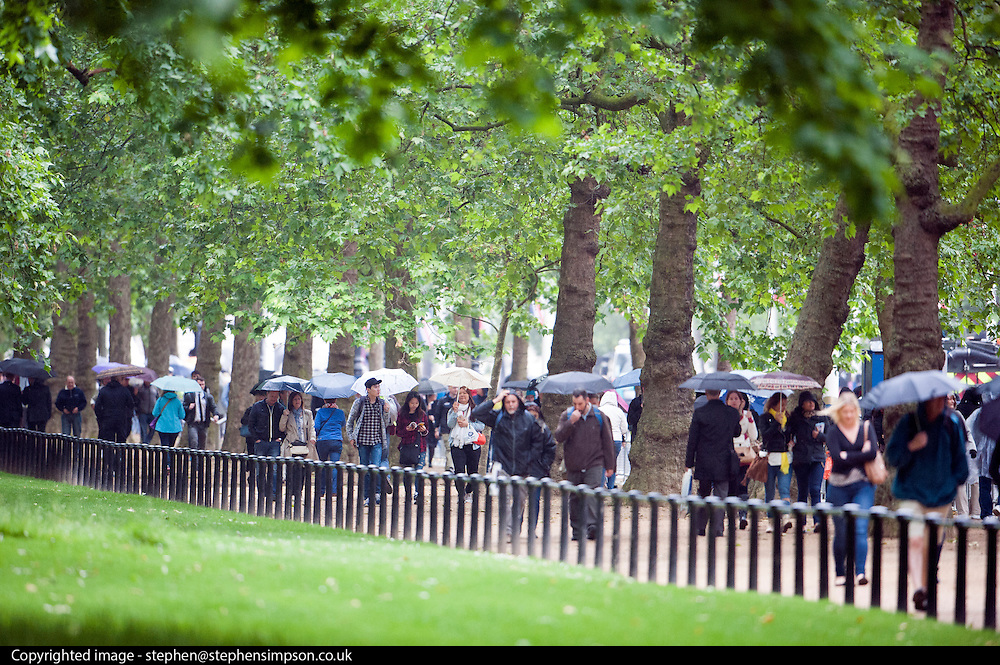