© Licensed to London News Pictures. 02/12/2012. London, UK An original Piccadilly line tube train sits at a platform. It is used by emergency services and was most recently used by the SAS to train during the Olympic Games. London Transport Museum held tours, today 2nd December 2012, of Aldwych Tube Station, one of London's closed underground stations. Visitors were give a rare chance to glimpse what happens to a station after the public leave. The tour included a platform closed in 1914 which was used as a store for the National Gallery during the 2nd World War, amongst items stored were the Elgin Marbles. The station was used by 1000's of Londoners during the blitz as an air raid shelter. The station is often used for filming with films such as Atonement, V for Vendetta, Superman 4 and 28 weeks later. Photo credit : Stephen Simpson/LNP 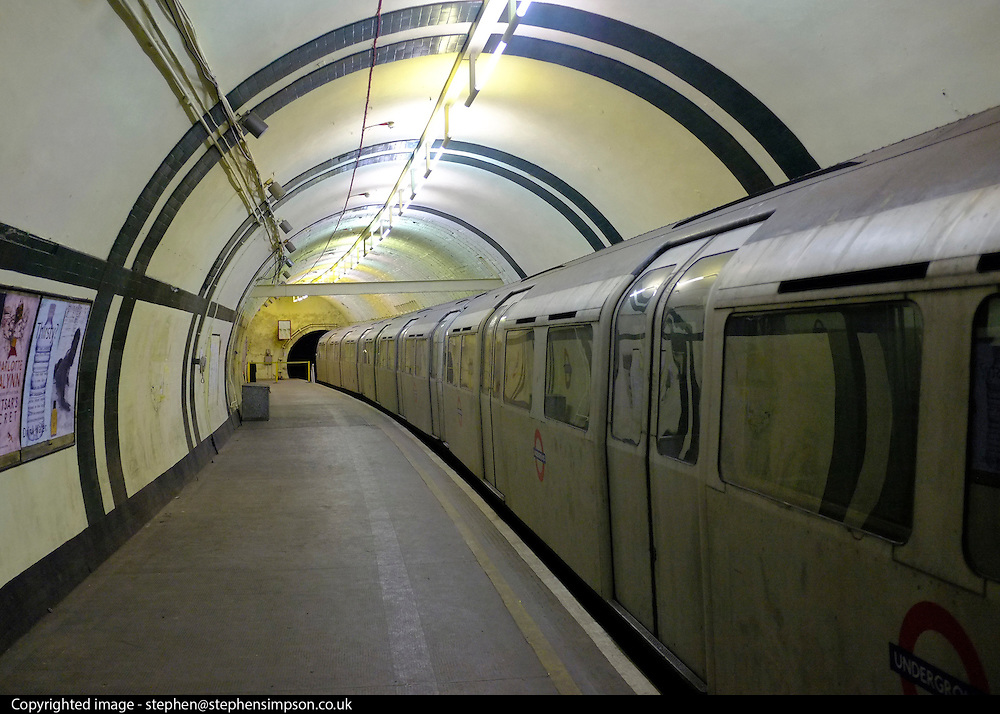